The 36 successful 17/U and 26 19/U athletes, representing all states and territories, were selected based on a range of attributes, including demonstrated skill and the potential for performance growth.

The selection announcement follows last week’s talent-filled 2022 National Netball Championships in Hobart, which saw hundreds of emerging athletes compete for championship titles in the 17/U and 19/U age groups.

The squad was selected by a panel made up of Netball Australia’s Chair Pathway Selector Michelle Wilkins, Pathway Head Coach Anita Keelan and selector Jenny Borlase.

Additionally, two performance panelists for each age group assessed each individual athlete’s performance in the squad selection process to aid in final decisions.

Wilkins said the level of netball displayed at the 2022 National Netball Championships gives great excitement to what can be expected of the selected 17/U and 19/U national squads.

“The talent did not disappoint selectors and supporters in Hobart,” Wilkins said.

“This competition is critical for the selection of our pathway talent and the ensuring of the Origin Australian Diamonds’ future success, and there is certainly a future Diamond listed within this year’s underage national squads.

“The quality and standard of performance was exceptional and, as importantly, the competitiveness, passion and sense of fair play was testament to the strength of our sport.”

“It was fantastic to have our athletes back on court and performing at such a high level after two long years off,” Barnes said.

“This competition is such an integral part of our performance pathway to bring together the brightest talent from around the country.”

Of the 26 selected 19/U athletes, nine are already involved with Suncorp Super Netball clubs through training partnerships, highlighting the valuable opportunities to emerge from Netball Australia pathway programs.

Netball Australia will deliver training camps later this year for selected athletes as an opportunity to develop their on and off court skills and provide elite match day exposure. 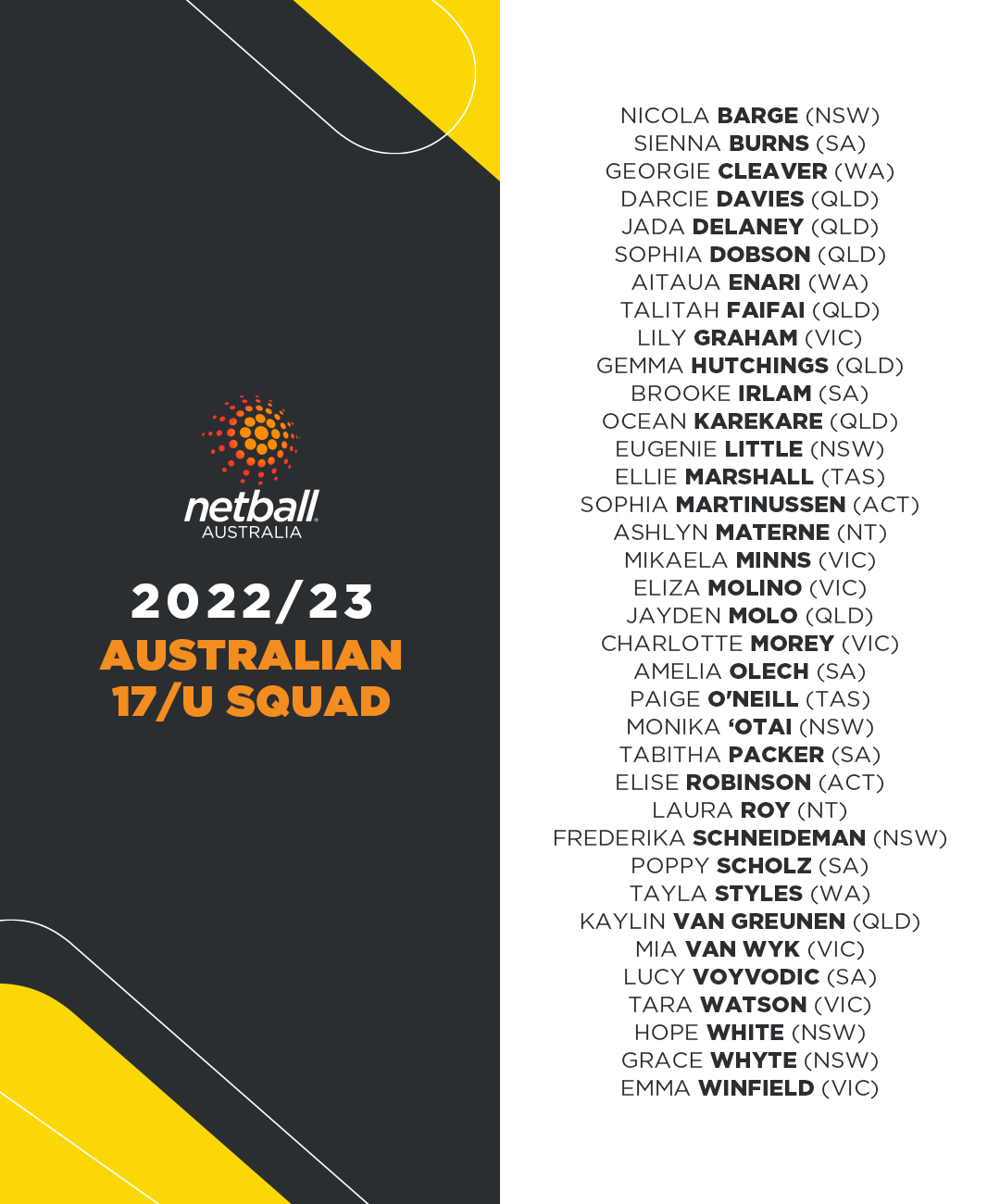 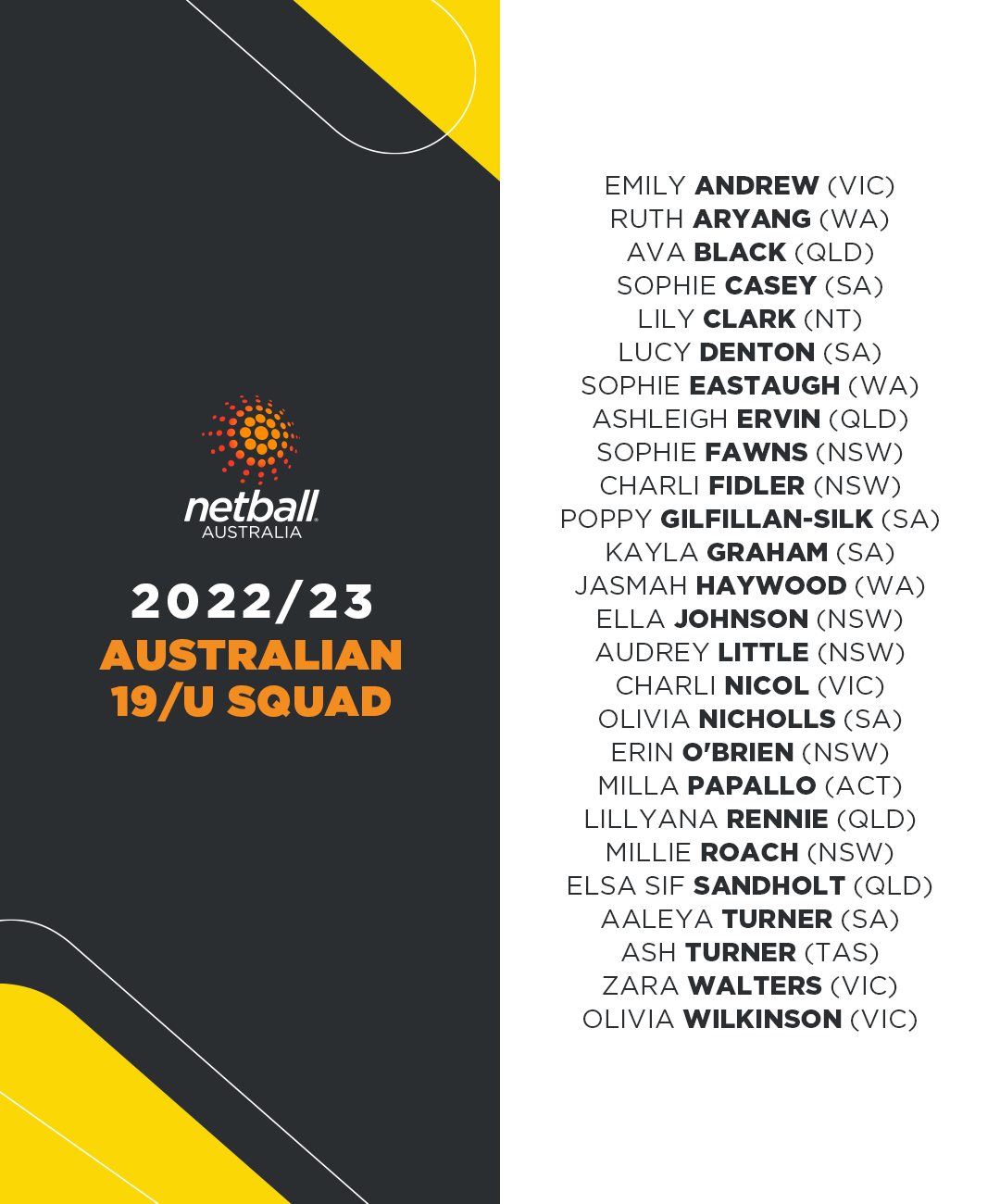