The Tasmanian State League was first played in 1987 as a competition for the Tasmanian Institute of Sport (TIS) teams to play in. It initially involved an Open competition with eight teams. Matches were played on a Sunday with the regional teams.

1991 saw a change to club-based teams. Teams would compete in two divisions (Division A and Division B) as determined by pre-season cup and challenge results. After just one year of this format, State League returned to a single division with 10 competing teams in 1992.

Attracting a major sponsor in Mobil Oil allowed funds to be shared among associations. All competing clubs were required to have an Senior and U21 team from 1993 onwards. The GIO League in Hobart saw all but one Southern Club depart the State League competition in 1996.

In 1998, the Tasmanian Netball League was created, and the Under 21 division was replaced with 19 & Unders. Aurora became the naming rights sponsors of the League in 2000, and saw an expansion of competing teams reach 10 clubs. ABC TV picked up some coverage of TNL on a weekly basis in 2001.

After a steady period of growth in competition standard and interest, the TNL structure was reviewed in 2012 to cap the League at eight teams. ANZ joined TNL as naming rights sponsor from 2014-2016 before current League major sponsors RACT Insurance took over the naming rights. RACTI remain current naming rights sponsors, and have assisted with initiatives such as Player of the Match, branding and signage, and supporting the live streaming of TNL action from 2020. 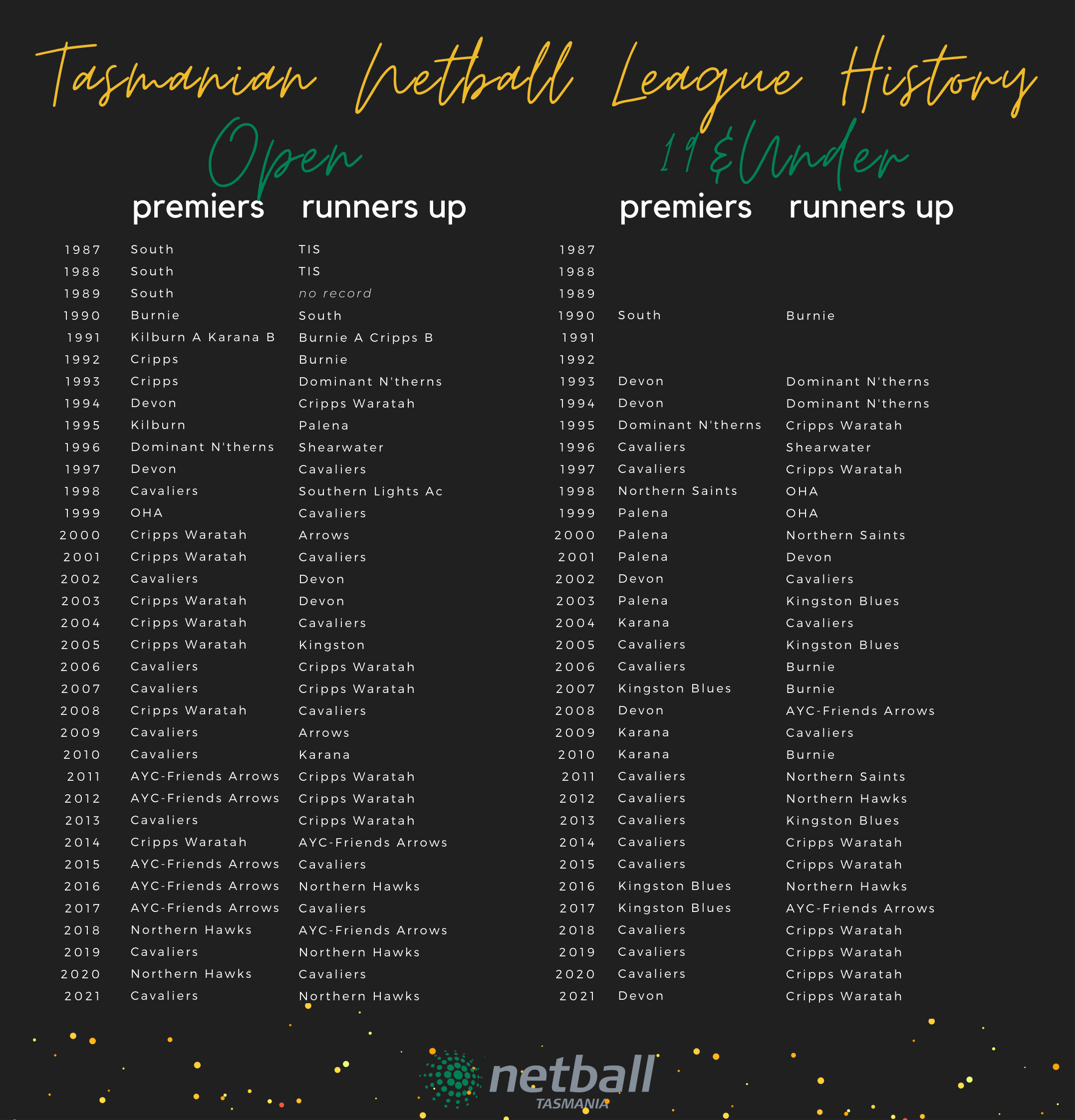 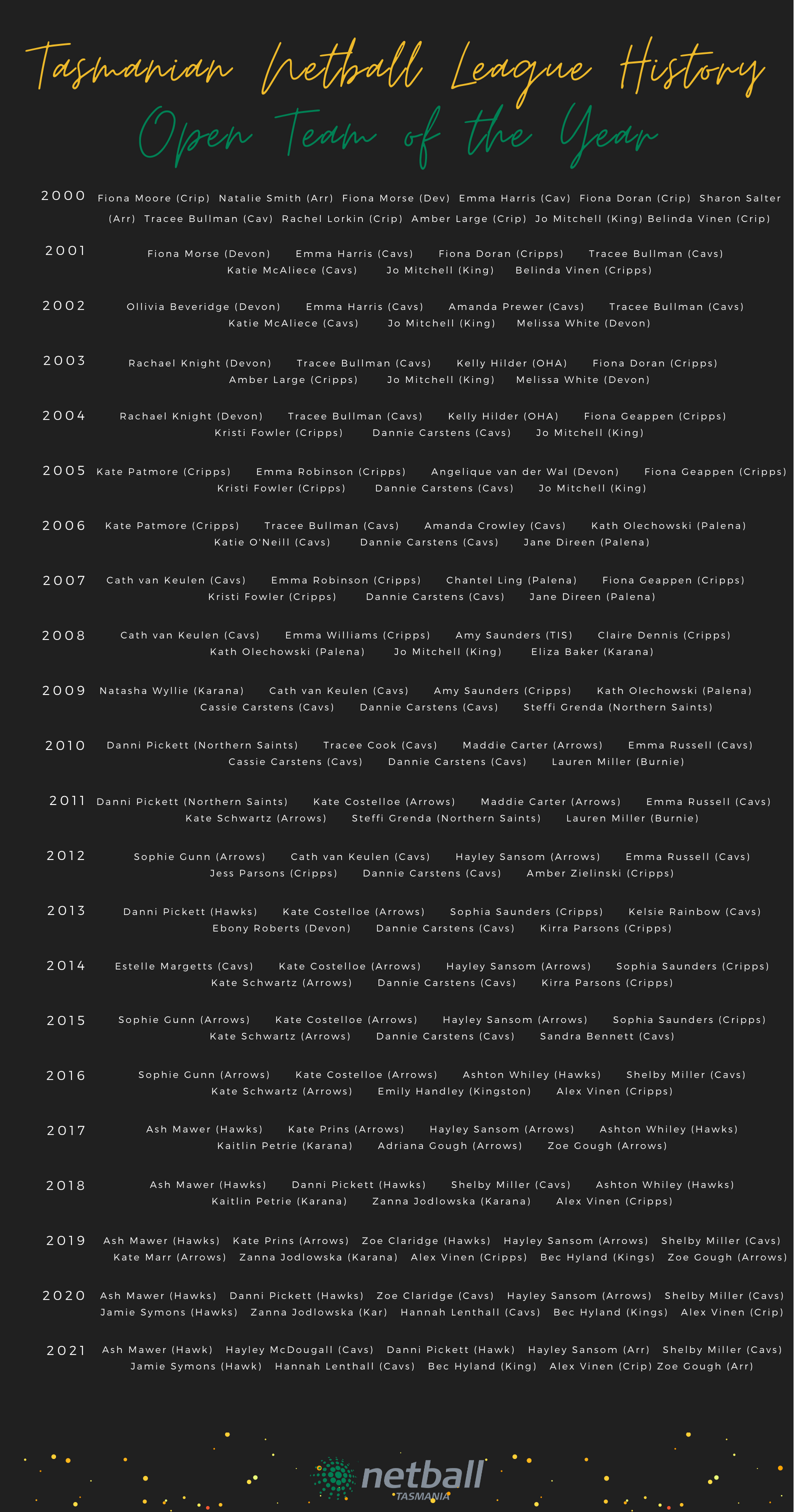 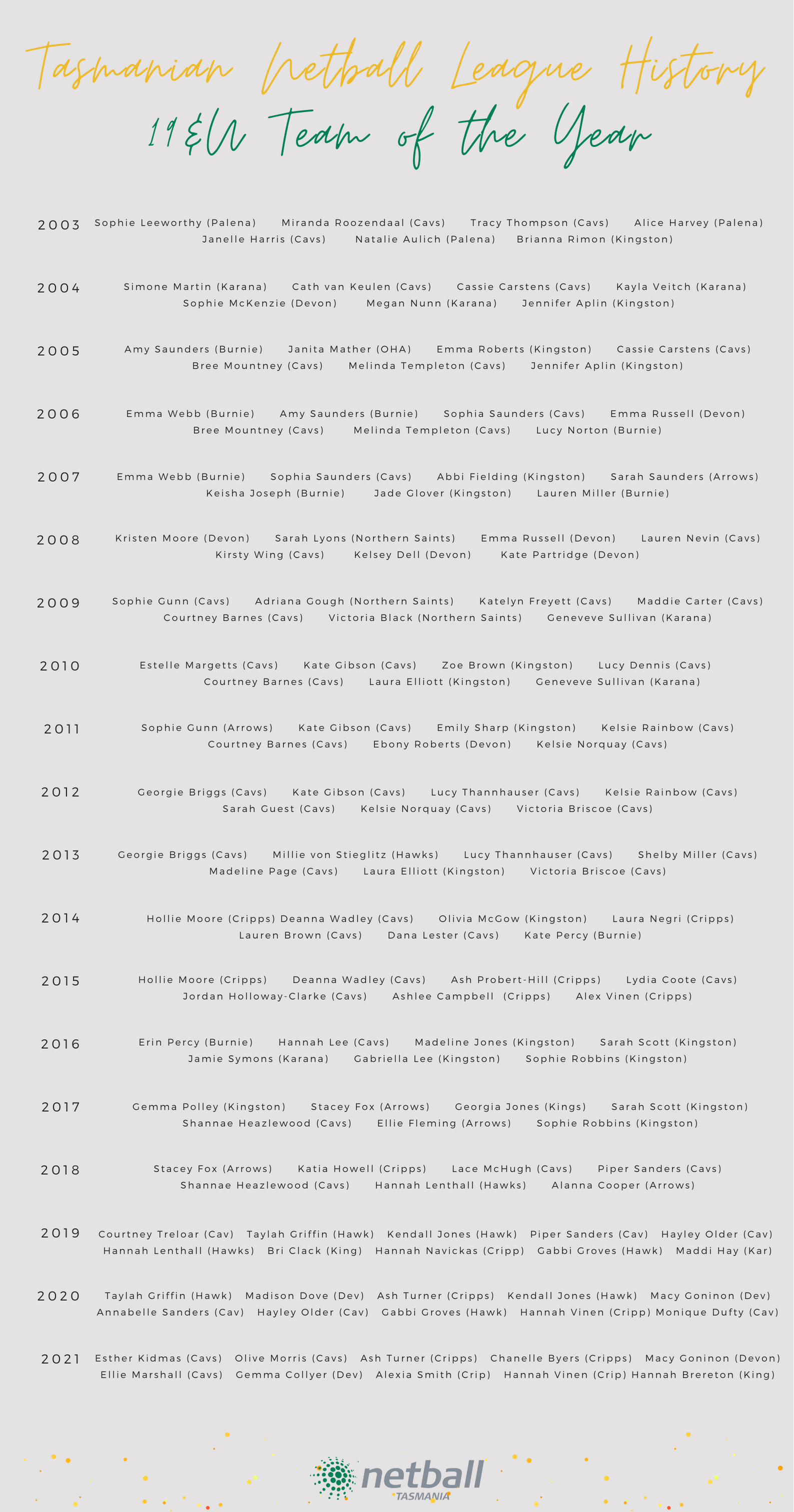 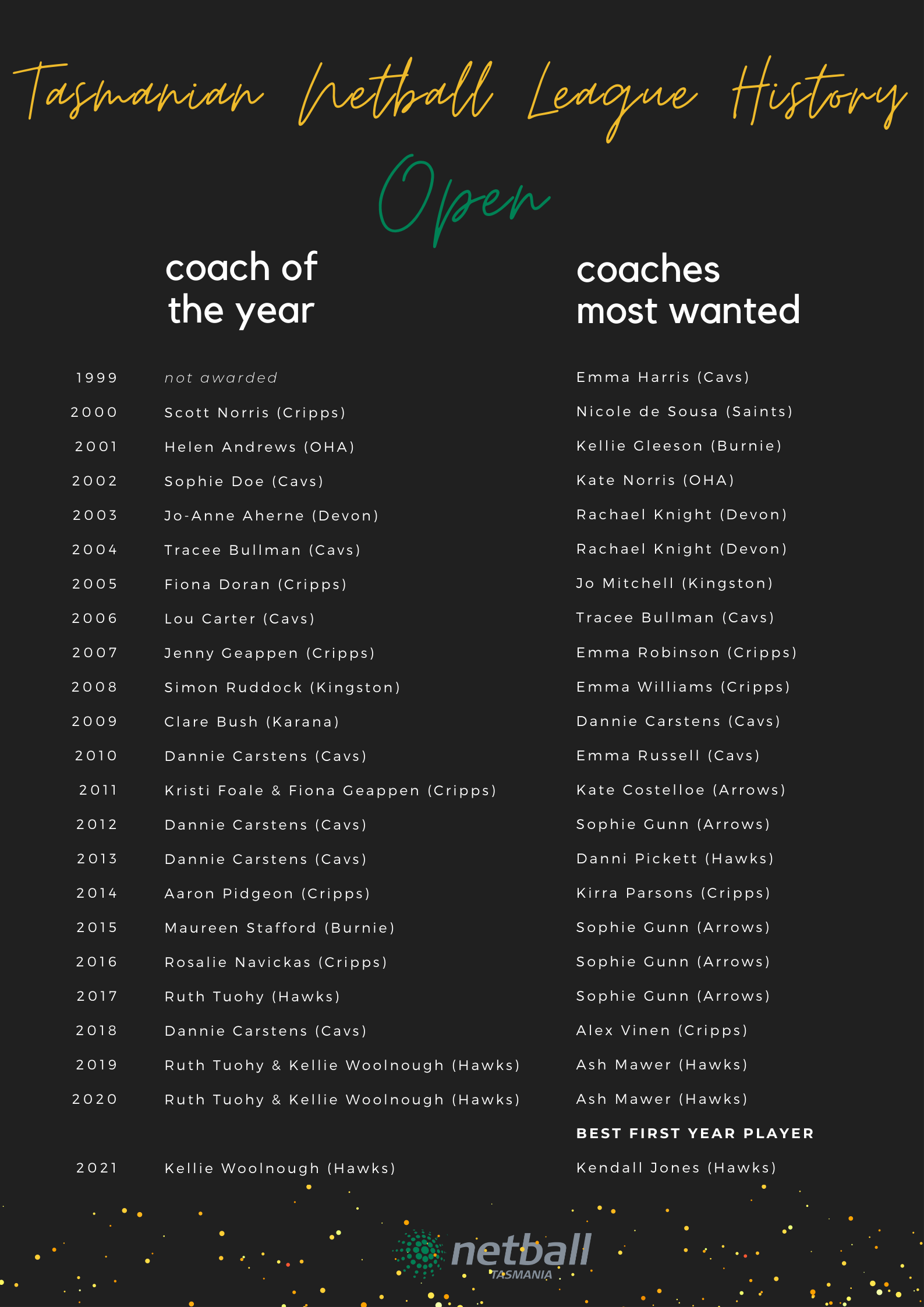 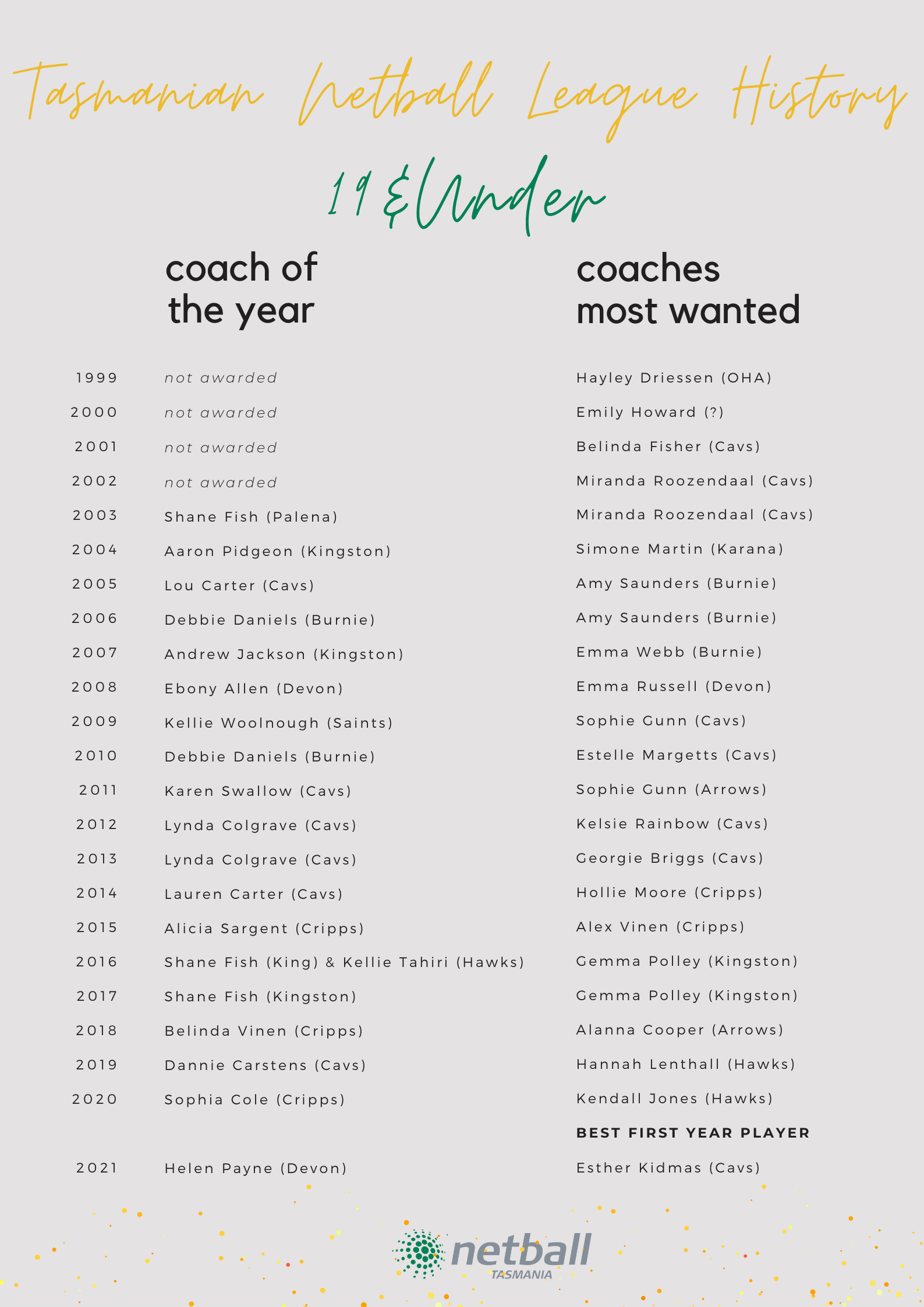