Netball Australia has selected its 17/U and 19/U squads for 2021/22, showcasing an array of national talent set to model the future of Australian netball.

The 36 successful 17/U and 26 19/U athletes, representing each state and territory, were selected based on a range of attributes, including demonstrated skill and the potential for performance growth.

Squad selections were conducted differently this year after the National Netball Championships, where selection is normally made, were cancelled due to COVID-19.

The squad was selected by a panel made up of National Centre of Excellence Head Coach Michelle Wilkins, and selectors Jenny Borlase and Nicole Cusack.

Wilkins, also an Origin Australian Diamonds squad selector, said the 17/U and 19/U athlete squad selection highlighted the strength and depth of the national netball pathway.

“Selecting a squad is always challenging, especially when you look at the quality of athletes who are progressing through the Netball Australia pathway,” Wilkins said.

“In spite of the challenges to elite sport with COVID-19, we know there is plenty of promise in these squads that we look forward to igniting at training camps and other opportunities over the next year.”

Three athletes that are 19/U age eligible, Amy Sligar (NSW), Emma Walters (VIC) and Reilley Batcheldor (QLD), were previously elevated to the national 21/U squad and therefore have not been named.

Netball Australia's Head of Pathway Kristen Barnes spoke to the significance of these pathway opportunities.

“Former athletes who have taken part in these programs have gone on to achieve the highest rank of netball at a national and international level,” Barnes said.

“We will continue to nurture all involved in the pathway to reach the same levels of success.”

Netball Australia will work to deliver training camps later this year for selected athletes as an opportunity to develop their abilities and provide elite training. 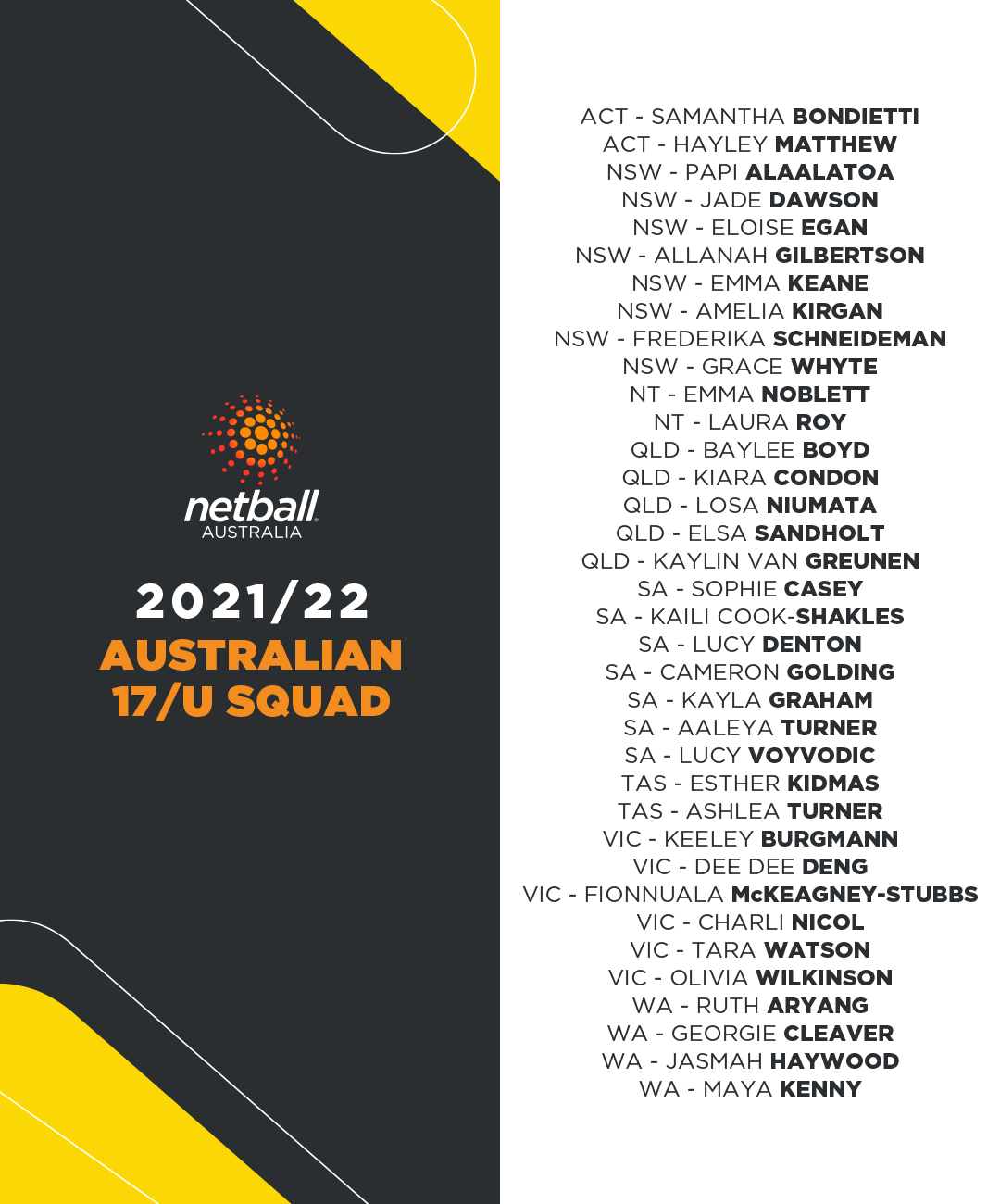 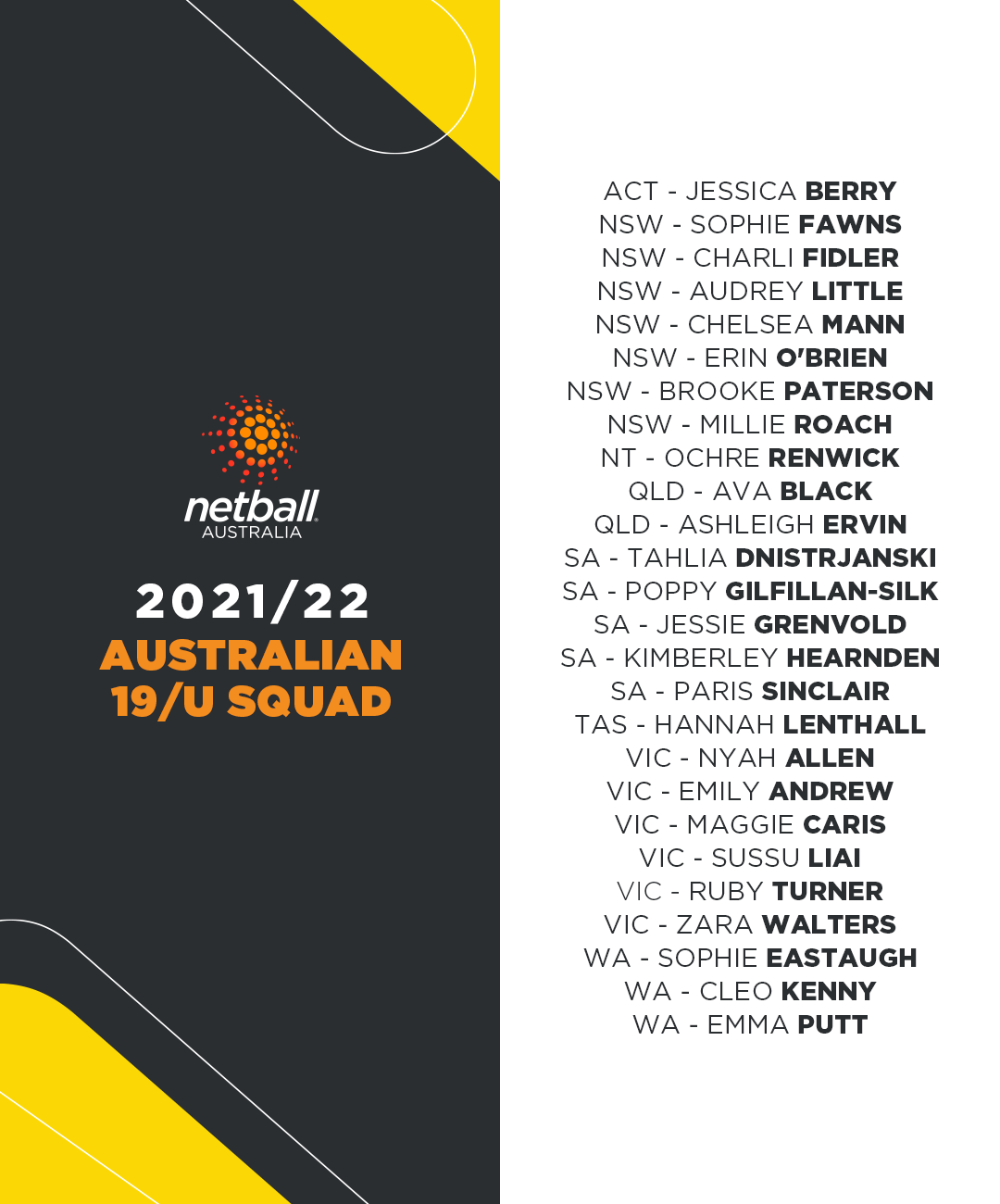 New partnership to empower women in the Pacific