Hobart is hosting the National Netball Championships in 2021!

The National Netball Championship proves that interstate rivalry is alive and well. It’s a chance for the brightest young talent in Australian netball to represent their State or Territory. Apart from being a great spectacle, it’s also a crucial pathway opportunity – a chance to get national exposure and catch the eye of SSN talent scouts.  The National Championships have always been a gateway to the international netball stage. Every current player on the Samsung Diamonds squad represented their State or Territory at this event.

Get involved as a volunteer in a wide range of areas to contribute to the smooth and successful running of the tournament. 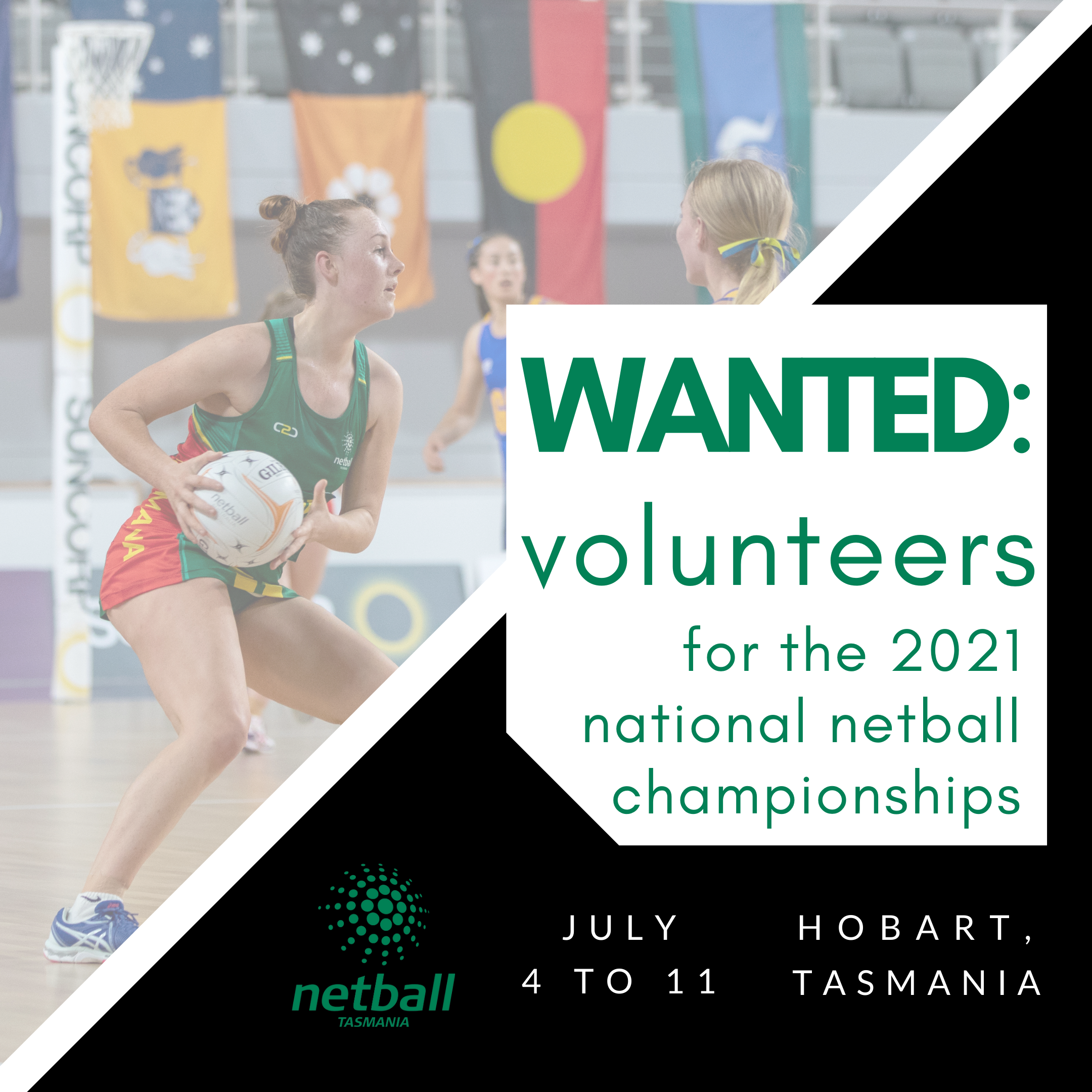