The Netball Tasmania High School Championships for secondary students will be back for its third year in 2022 and is set to once again be bigger and better, with the addition of a 7/8 competition for boys and girls in addition to the 9/10 tournament! The dates of the 2022 Champs may be accessed here or viewed below.

The HSC began in 2019 and is one of the largest netball tournaments for secondary students (girls and boys) in Tasmania. The Championships attract Government, Catholic, Independent and Specialist school teams from around the state and displays some of the state’s best young netballers. Teams play in a round robin carnival across multiple regions around Tasmania, with the top teams advancing through to the State Final.

Electronic scoring will be in play for the duration of the tournament, whereby devices used to track score will link to the relevant fixture by location. To follow along, click the fixture button to the location of interest below to check up on your competing school! 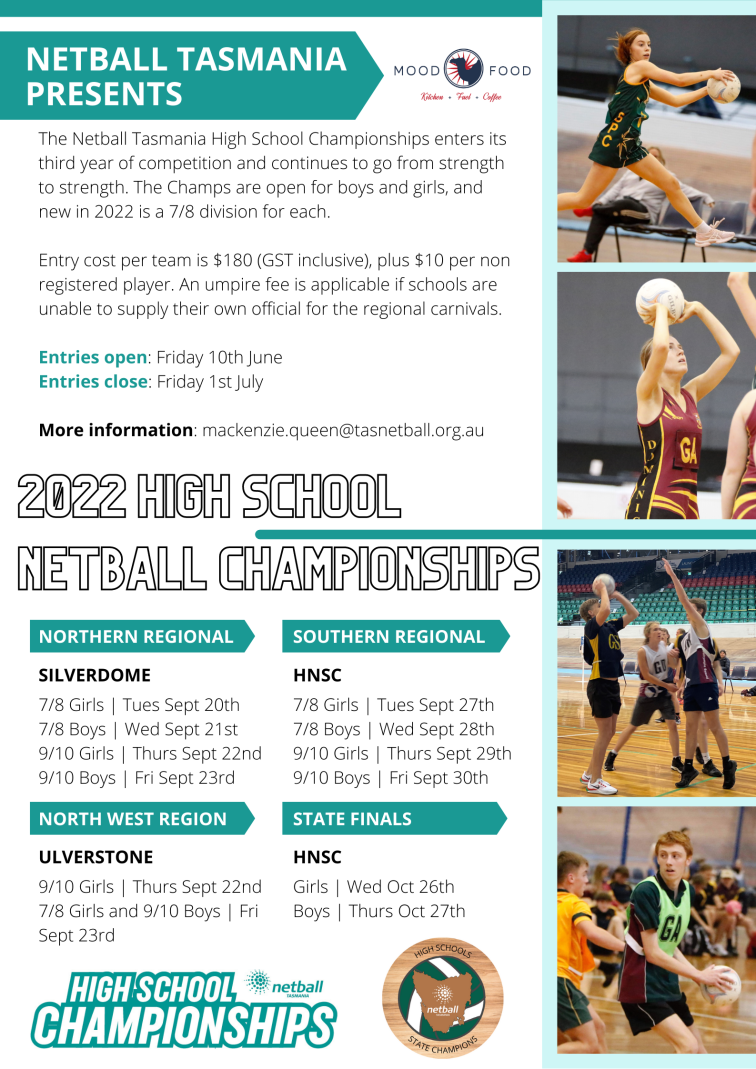 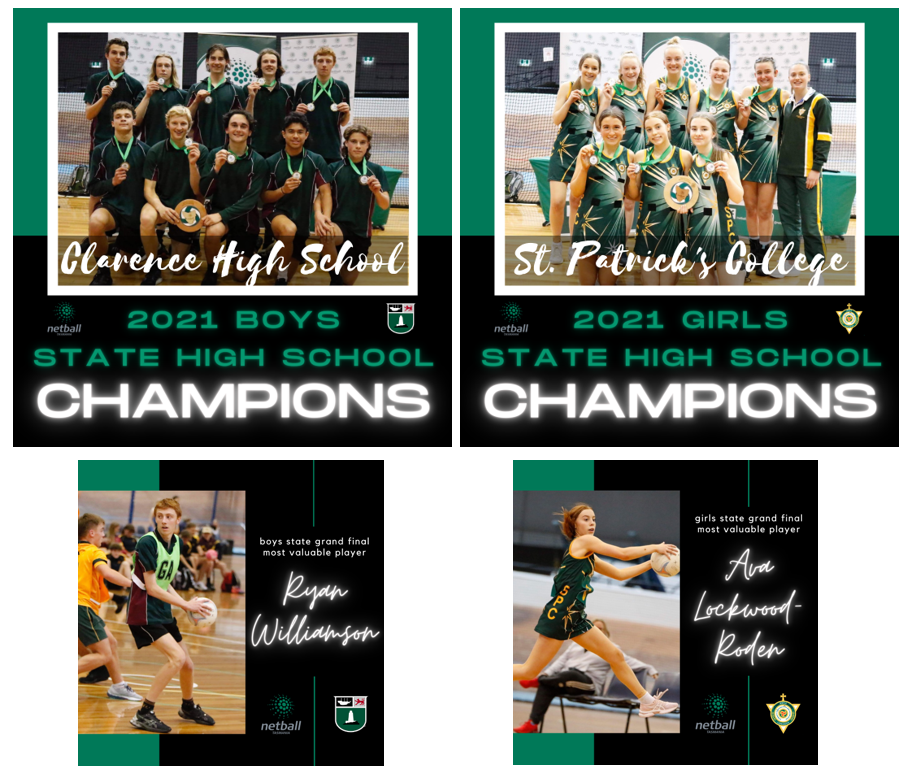 10 teams across three pools played off to become State Champions on Wednesday 13th October, and we've crowned the 2021 Premiers! The contests throughout the day were fierce, with many results being decided by the slimmest of margins. The boys pool had six round robin matches, two of which were drawn; an indication of the calibre of the competition.

Congratulations to all who participated, but particularly our Champion schools, Clarence High School and St Patrick's College, who were victorious against challenging opponents. Our match MVP's were chosen by esteemed selectors, who chose Ryan Williamson and Ava Lockwood-Roden as the game changers.

We look forward to the 2022 competition and seeing further growth and development of netball in schools around the state!