The Tasmanian Netball League was first played in 1987. Since then, the competition has developed and offered a pathway for high performance netball across the state. We welcome you to the 2022 season in partnership with naming rights sponsors RACT Insurance.

A Season Guide introducing you to teams may be accessed by clicking the cover page below.

Please direct queries about the League to Palf - kirstin.palfrey@tasnetball.org.au 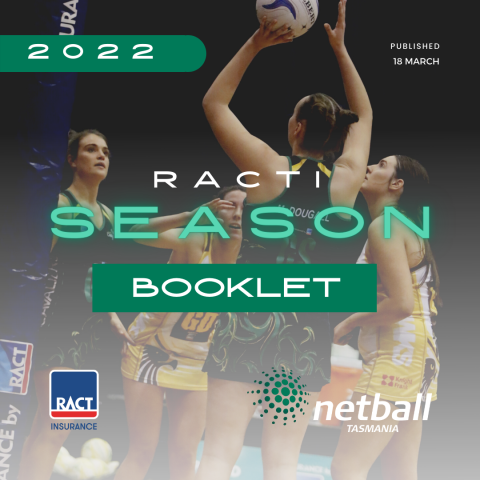